PART 3 OF 3: AN INTERVIEW WITH JOEY LANDWEHR, ARTISTIC DIRECTOR OF J*COMPANY


How did you come up with the idea of a “Streisand Season”?

When I first walked in the door in February 2006, I knew then that I wanted to do this season.  To me, there wasn’t a question…I knew this must happen.  As Artistic Director, I was the first to bring in themes to our seasons - the second season I was here we did a “Disney” season and the third year we did a “Going Green” season, and then we did our “Rodgers and Hammerstein” season, and last season was our 18th year so we did a whole Jewish themed season, which had never been done here before.  They’ve been around for 18 years and they’ve never done a Jewish-themed season?  And it takes the “Goi” to put it together!?  [laughs]  I guess people just don’t think about that.  And then, of course, last season was our tribute to the La Jolla Playhouse and then this season we walk into Ms. Streisand.

While I’ve wanted to do this for some time, I didn’t know exactly which shows I wanted to do.  We looked at On a Clear Day You Can See Forever and we looked at I Can Get It For You Wholesale.  So I had to weight things out in terms of what was going to sell tickets, as well as what the kids would garner from it.  I actually wrote to the Streisand Foundation and asked if they would partner with us for the season and they were very generous in saying “we are so honored that you’re doing this, thank you for using her name and paying tribute.”  I’ve also invited her out to see the shows in our season … like she’s really gonna come! [laughs]   But one can hope.

I’ve been such a Streisand fanatic my whole life.  From growing up in rural Missouri, my parents were a little backwoods and a little redneck-y, and I grew up in a double wide trailer.  I was the first person to graduate high school in my entire family and I was the first person to ever think of leaving Missouri.  So I remember listening to Barbara Streisand as a 14 year old and my parents kept saying “why are you listening to that long hair?”  Long hair is a term for classical music.  They thought I was all hoity-toity because I was listening to “classical music.”  I’m like, Barbara Streisand is not classical music! [laughs]  But to them it was because it wasn’t Tennessee Ernie Ford and Theresa Brewer and all those banjo playing singers.

I knew this was Barbara’s 70th birthday and all the stars just aligned.  This year is J*Company’s 20th anniversary, my 40th birthday, it is her 70th birthday, it is my Executive Producer’s 50th birthday.  Clearly, something is telling me this is the right time to do it.  And everything just sort of came about as it should have.  It was a relatively easy season to put together it just sort of laid itself out in front of me. And when I presented it to my committee, they said great without even a bat of an eye.  I mean she’s sort of the patron saint of Judaism ... if there is one [laughs]! 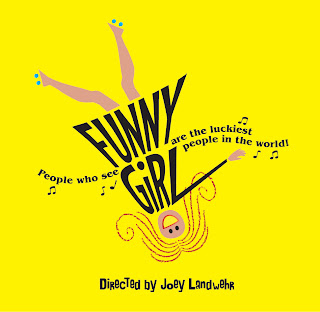 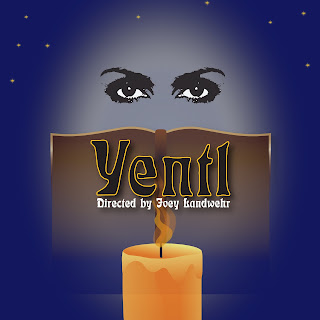 Well, the most fun is going to be Hello, Dolly!  It just lends itself to it.  With a Jerry Herman score, how can you go wrong!?  He’s brilliant.  I got to meet him in New York when they were doing his show Showtune and I was like, “I love you!” [laughs]  He was the nicest man.  As far as the most challenging, I think probably the other three shows have their own challenges.  Funny Girl is just massive.  There is nothing small about it and there’s no way to do it small.  Yentl has its own challenges in that the subject matter is on the heavy side and it’s a little adult.  So we have to really watch how we handle this with our 10-18 year olds.  And then Gypsy has its own challenges as well because - in my eyes - I see it as this beautiful story about a mother and her daughters and how everything changes around them.  But, I think in many ways, the parents see Gypsy as just a show about strippers.  And that’s not what it is about.  So my own work with that will be to present it in a way that people will come to see it. 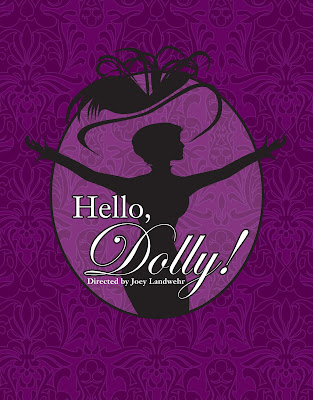 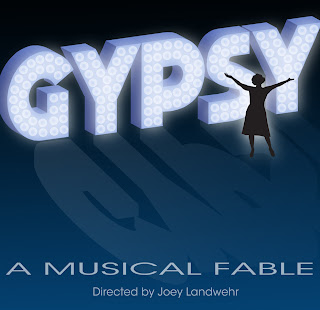 Where would you like to see J*Company in 5-10 years from now?

I hope that we continue to grow.  I would love more than ever to have a blackbox theatre.  Because our space here is a large 500 seat theatre, I would love to be able to do some more intimate plays that really aren’t these huge mongo musicals.  We could do plays like The Laramie Project.  And we could do some darker, more intimate things.  And I would love to at some point - when our building isn’t bursting at the seams - put together a conservatory training program for our kids.  Because education is so key to me. I think many times youth theatres are created for the wrong reasons: either as easy pocket money or as easy ways to promote a director’s artistic vision and feed their ego.  Those are not reasons to create a children’s theatre.  In my opinion, the reason for children’s theatre is to help young people grow and to educate them in what they’re doing.  So, to have a conservatory here to train these young people to help them grow in theatre and in other arts would be so amazing.

About The Drama King

Dr. Donnie Matsuda
Dr. Donnie Matsuda recently moved to San Diego from the SF Bay Area. He earned his bachelor's degree in Human Biology from Stanford University, where he founded and served as editor-in-chief of the Stanford Undergraduate Research Journal. He went on to earn an M.D. from Stanford's School of Medicine and he has come to San Diego to start a new life and a new career path. Donnie's love affair with the theatre began at the age of 8 when he started singing and dancing with Galena Street East Productions. Since then he has played many roles in the Bay Area theatre scene, including choreographer, assistant director, dance captain, tech director, propmaster, arts administrator, and of course, performer. He is enjoying his newest role as theatre critic and is excited to be part of the San Diego theatre community. Feel free to contact Donnie via e-mail at: doctordonnie1@gmail.com